A good example here could be the cyanide and happiness comics which have started to move over to flash. This style of animation may appeal to an audience that bases their preference more on content as opposed to quality of the animation, as these animations rely more on the humorous context to be in place and the content to be of a interesting style in such a way that the simplicity of the animation itself does not matter to the audience as the animation in turn merely become a way for the joke or point within the animation to be expressed in a visual form. 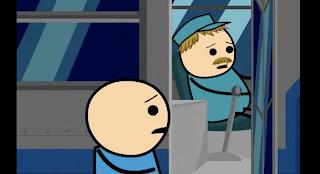 The 8 bit animation style is one that can be linked to a select Audience. People who prefer this style may be those who are into the old school 8 bit style games, or appreciate the “retro” look, whereas others may be put off due to preference for more streamlined graphics. Furthermore the audience may be seen to extend based on theme when covering 8-bit games to general gamers.

The selectness of the audience could be seen to vary depending on the content of the actual animation, for example 8 bit animations based around original concepts such as the house of shiny, which relies on it for the humor, may be seen less select than animations such as those based around Mario, Sonic, or Space invaders for example, as these would appeal more to gamers and a lot less to people who aren’t into the specific games they are animated to parody.

Much of the animation will see characters being injured, dying, abnormally removing limbs, and often coming back later as if it never happened to die all over again. Much in the style of Kenny from South park. This type of animation may appeal more to older audiences, and even then a select group of them as it could be seen that this form of humor may be viewed as offensive by some people, due to its often somewhat distasteful style and reliance on a somewhat sick sense of humor to be had.

With this all in mind it may be seen that this audience type is most likely one where people will prefer a mix of any time of animation as well due to the selectiveness that would otherwise restrict their preference. That and it’s a weird sole preference to have! 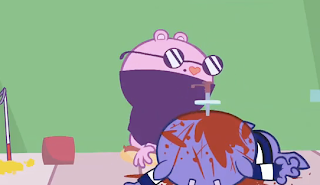 A good example of this style i found was that of the "Happy Tree Friends" in which the twist of every episode is that something will die. It has an unexpected aspect to it tfor people who havent seen it before in how the characters adopt a cute innocent look.

Animations such as the disney cartoons or the looney tunes provide a good base example for this audience. The innocent style of the animation often leaves it with a humorous twist to keep people entertained, whilst throwing in slapstick violence and pain where characters may hit into objects, or be hit with objects, but always come out fine with their body or faces distorting to a pancake, and back to normal as if nothing happened.
Much of the style within these animations could be seen as being repetitive between other animations of the same style which may make this style off putting to older audiences who get bored of the same thing over and over again, yet more appealing to audiences such as kids who are seen to be more easily amused.